ONE OF BERLIN’S MOST BEAUTIFUL CLUB THEATRES

One of Berlin’s most extraordinary locations is now available to welcome you and your guests to an unforgettable experience or evening out: the Club Theater at Potsdamer Platz. This top location enables event organizers, companies and private parties to organize and present tailor-fit presentations, gala-performances, special events, company celebrations, shows, parties or TV productions. A truly amazing location in the heart of Germany’s capital. 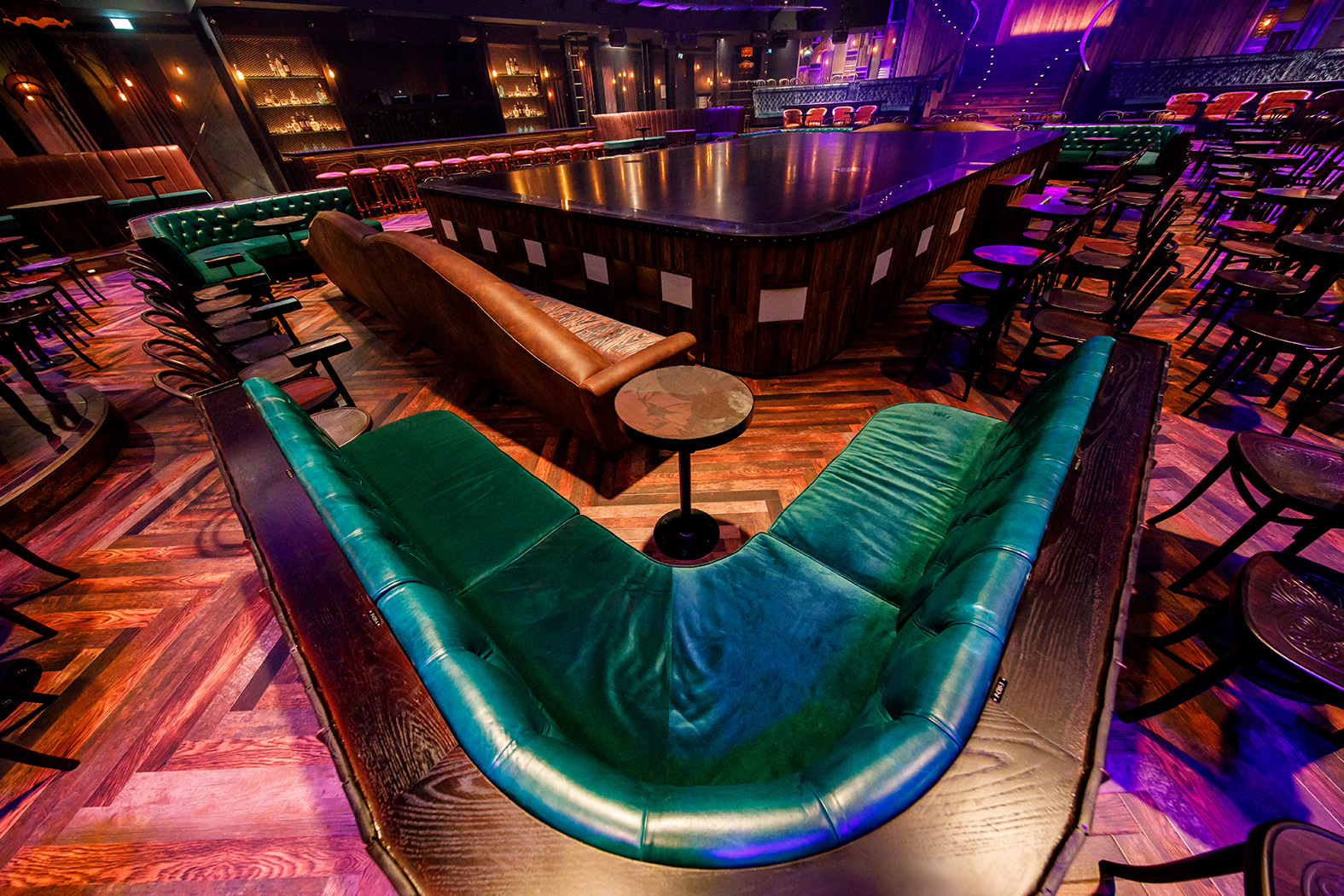 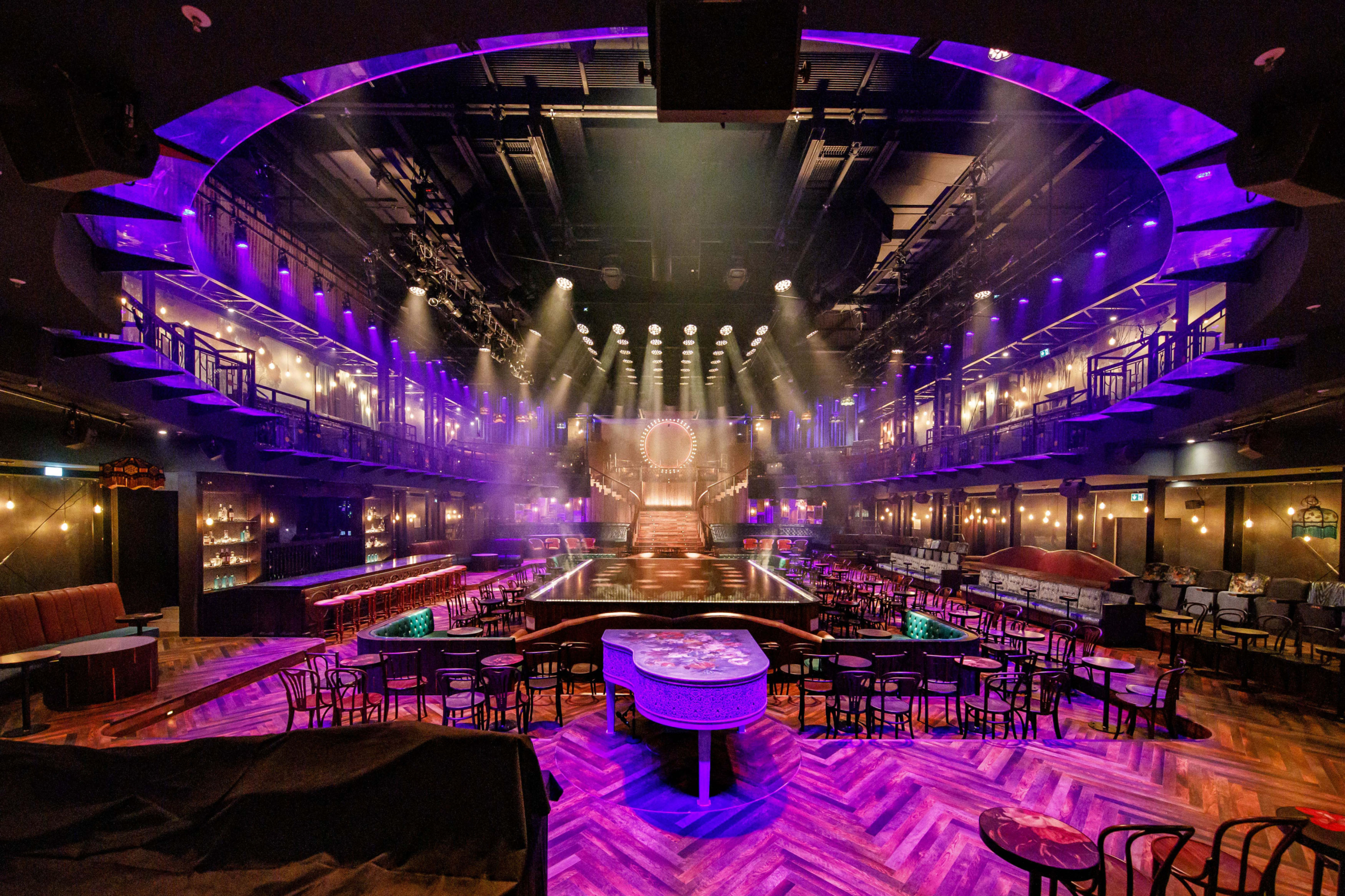 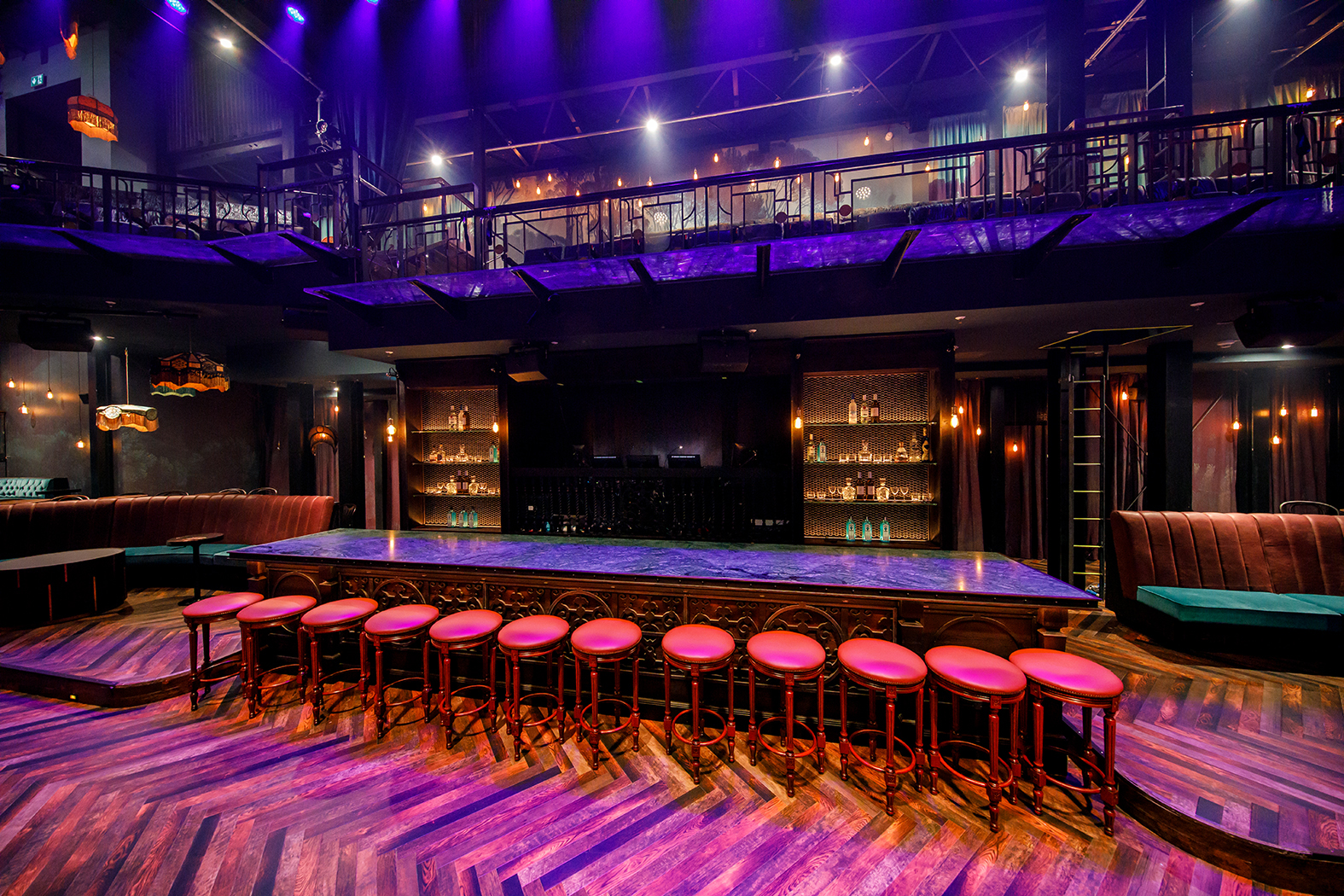 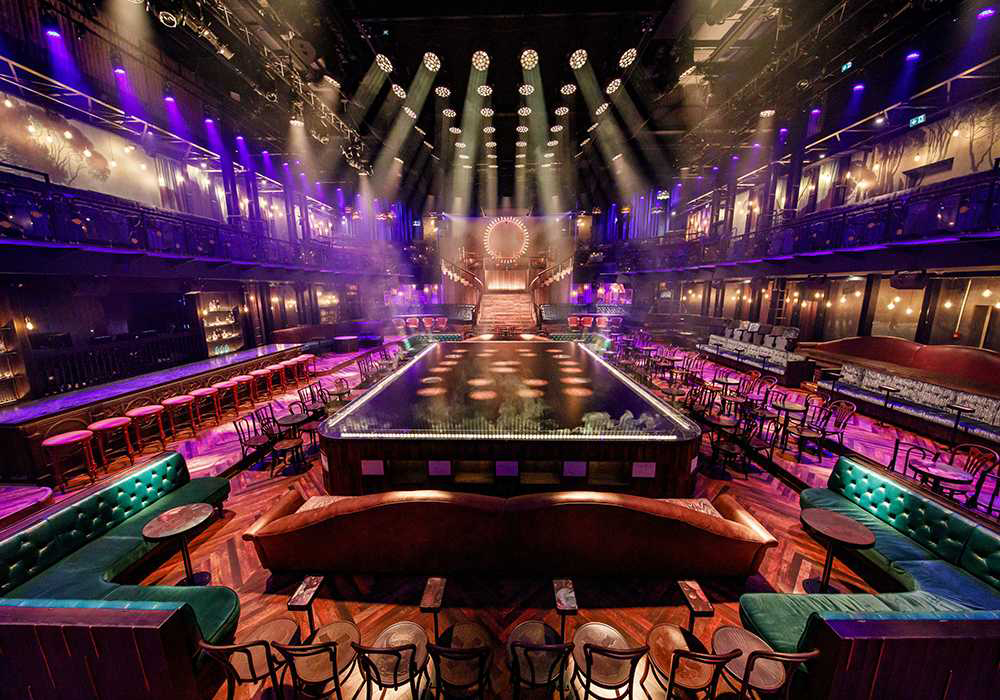 The auditorium and stage beautifully merge into a unique 360 degrees all-around experience. In addition to the design concept of the auditorium, our modern technical facilities (lighting/sound) offer first-class possibilities to you and your event. Please see below for further details and specification.

If you are looking for a magic location to organize your event in, you should definitely get in touch with us.

The Club Theater Berlin offers a first class location for up to 600 guests. It is Berlin’s ideal venue for gala performances, product presentations, special events and some amazing parties.

Our state of the art stage technology, the extraordinary ambience and a highly motivated team of professionals makes our venue the ideal location for events in the heart of Germany’s capital. “Our stage is yours!”

Our team consists of various professional specialists who would be delighted to talk with you about the possibilities of presenting your event or production at the Club Theater Berlin.

We look forward to welcoming you at the Club Theater Berlin! 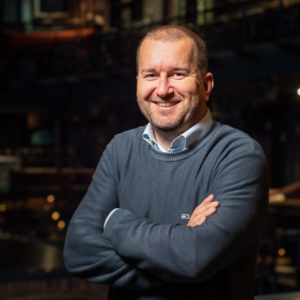 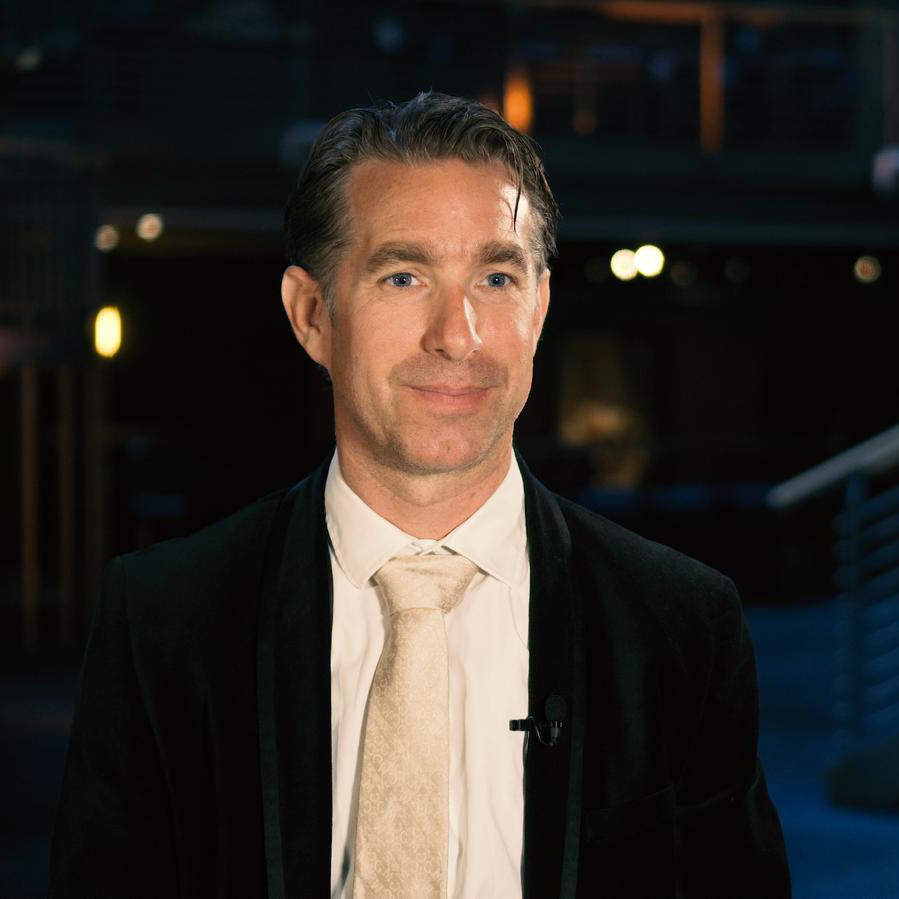 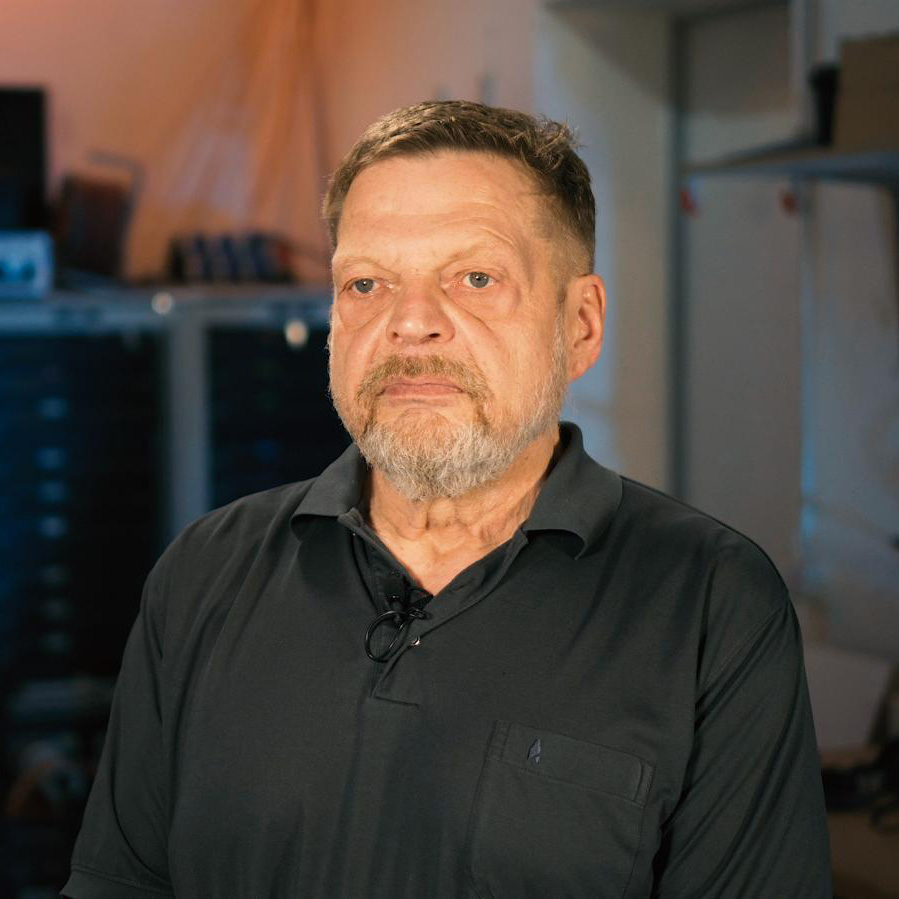 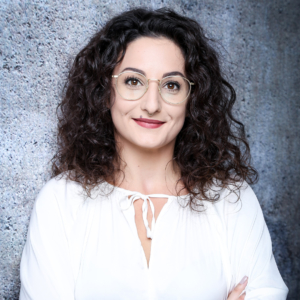 Potsdamer Platz is a historic traffic junction in the Berlin central districts of ‘Mitte’ and ‘Tiergarten’ in between the old inner city in the east and the new west of Berlin.

During the construction of the Berlin customs city wall, the Potsdamer Tor was erected in 1734. From the late 18th Century the Berlin-Potsdamer Chaussee (later Potsdamer Strasse), served as an important link to the network of large connecting Prussian avenues. In 1831, the area to the west of the city wall’s gate, the square in front of the Potsdamer Tor, was given its current name.

With the Potsdam long-distance train station, the underground station and the numerous tram and bus lines, Potsdamer Platz soon became one of the busiest center points in Europe until the end of the Second World War. It operated one of the very first traffic light systems in Europe from 1924. In the first 40 years of the 20th century the square and streets connecting to the square, developed into a popular meeting place for Berlin’s political, social and cultural scenes.

After the end of the Second World War, Potsdamer Platz formed a “triangle” between the Soviet, British and American sectors in a divided Berlin. From August 1961, the Berlin Wall ran across the square, which for almost three decades led to a marginal existence as an urban wasteland. After the fall of the Berlin Wall on November 9th, 1989, a new situation arose.

On November 1st 1989 a piece of the Berlin Wall was torn away at Potsdamer Platz and a provisional border crossing was created. The Potsdamer Platz area was fully renovated in the early 90’s to become one of the most striking places in Berlin, loved by both locals and international tourists alike.

Various dressing rooms, wig/make-up rooms with showers and individual toilettes are available and directly accessible from the stage.

There is no separate canteen, but the venue has a stylish greenroom with basic kitchen facilities, which can be used as a place for your team to relax and meet.

Load-in for technical equipment through the basement of the theatre using the venue’s larger goods lift.

via the A12, A2, A24 direction Berlin (parking facilities available).